Watkins Glen Sate Park is definitely the most popular park in the Finger Lakes region of New York. Watkins Glen has been named one of the top parks in the United States, actually it came in third in this list of Best State Parks !

There are two trails at Watkins Glen, the upper gorge trail and the lower gorge trail. Chances are if you’ve seen photos of the park, they’re taken on the lower gorge trail! It’s a beautifully maintained trail system winding along the river through the gorge. Much of the trail has been broken into the rock itself and it makes you feel like you’re walking through a fairy tale.

I’ve never been to a park quite like Watkins Glen. It really seems like it gets more beautiful around each corner. There are countless waterfalls, a grand total of 19 along the trail, and with 200 foot cliffs on either side of the river, you’re sure to be left speechless at least once along the trail. 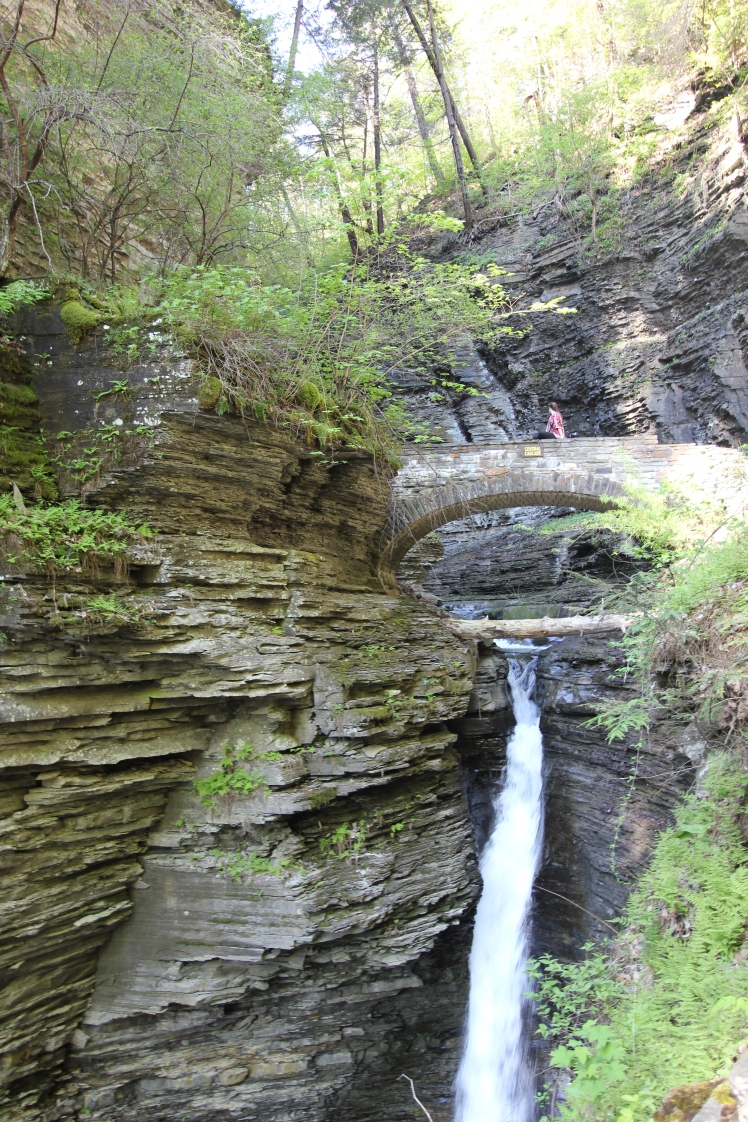 The trails, if you complete them as a loop, are about 4 km in length and will likely take you a couple of hours (to account for stopping time, which you will definitely take). I think there’s something like over 800 stone stairs throughout the trail which become difficult to navigate on the parks busier days.

Try to go on a weekday or early in the morning if you want to avoid the tourist crowds that literally arrive here by the busload. Check out my post on how to get great selfies in busy tourist spots, here, just in case!

Have you been to Watkins Glen? What was your favourite part about the park?